Thank you for your patience while we retrieve your images.

The Regency Bridge, locally known as the "Swinging Bridge," is a one-lane suspension bridge over the Colorado River in Texas. It is located at the intersection of Mills County Road 433 and San Saba County Road 137, both gravel roads, near a small community called Regency. The bridge saddles Mills and San Saba counties.
The bridge has a span of 325 feet and a wood surface. It was built in 1939, with most of the work being done by hand. The bridge was restored in 1997, with then-Govenor Bush attending the rededication service. This was a major event for the community of around 25 people.
Vandals set the wood surface on fire on December 29, 2003, burning a hole in some planks. The bridge has since been repaired and reopened to traffic. 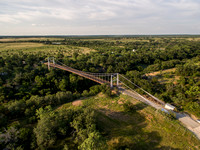 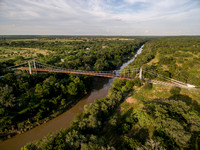 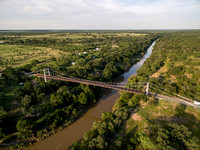 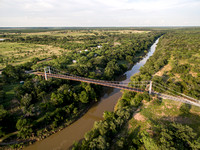 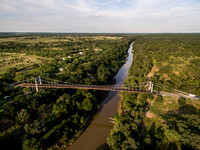 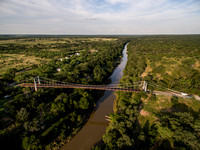 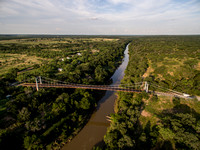 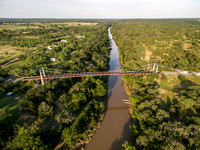 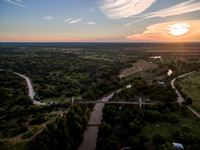 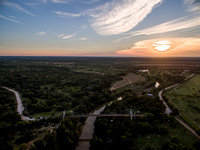 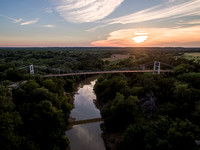 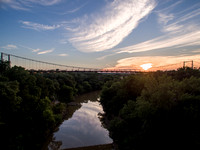 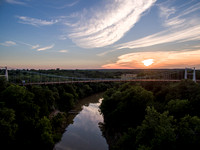 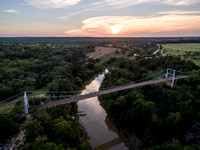